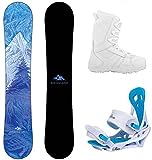 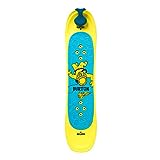 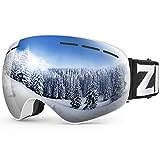 Developed in the 1960s, Snowboarding was believed to have originated in the United States, where several inventors explored the idea of surfing on the snow. The sport, however, quickly evolved, and the early, rudimentary Snowboards gave way.

It’s highly unlikely that there’s someone who has never seen nor heard of Snowboarding. But if you really have no idea what Snowboarding is, just imagine it as surfing or skateboarding – only on snow.

Snowboarding is a relatively new winter sport wherein you ride an epoxy-fiberglass board (resembling a large skateboard) with your feet strapped on it, and manipulate gravity to go down a ski slope or a specially constructed pipe. The principle of Snowboarding is to maintain your balance as you surf down a ski slope with both feet securely attached to the Snowboard via high-back or non – release plate bindings.

To stop the board’s motion, they push their heels or toes down hard to dig the edge of the Snowboard into the snow. Although most people compare Snowboarding to Skiing, Snowboarding Techniques are closer to skateboarding and surfing than to Skiing.

What can this site teach me?

Whether you’re snowboarding for the first time, attempting a new Snowboarding Trick, or trying to step up your riding to the next level, with the various articles in this site, we’re certain you’ll be able to find the information that will help develop, improve, and harness your Snowboarding skills.